How to Demulsify Crude Oil?

There are several methods for demulsifying crude oil, including chemical, thermal, ultrasonic, and resin technologies. Here is a quick overview of each method. Each method is described below, including its advantages and disadvantages. To make your job easier, you can choose a method based on your preferences. If you're not sure which method is best for you, read on to discover how to demulsify crude oil.

The application of demulsifiers varies, and there is a variety of chemical formulas available. In addition to the types of crude oil and brines, the methods for demulsifying can also vary. Different demulsifiers have different effects, and the rate of emulsion breakage will depend on which chemical is used, the rate of mixing and retention time in the separators, and the chemical dosage.

Emulsions formed from oil and water are called Water-in-Oil (W/O) emulsions. They are thought to be formed during the migration of oil and water through porous reservoir rocks. Then, after extraction, the oil and water are transported to the production facilities for further separation. Production headers cause significant agitation and turbulent energy, which coagulates and stabilizes dispersed water droplets. Surface active compounds in the oil, such as resins, asphaltenes, and solid particles, contribute to stabilization of dispersed water droplets. Organic acids and bases are also important components in stabilizing emulsions.

The process of thermal demulsification of crude oil involves increasing the temperature of the crude oil to a level that encourages emulsion break-up. This process can reduce the viscosity of the oil, reduce the formation of rigid films, and increase the settling and coalescence rates. The process can be costly and has several disadvantages, including an increase in oil volume and API gravity, as well as scale deposition and corrosion. 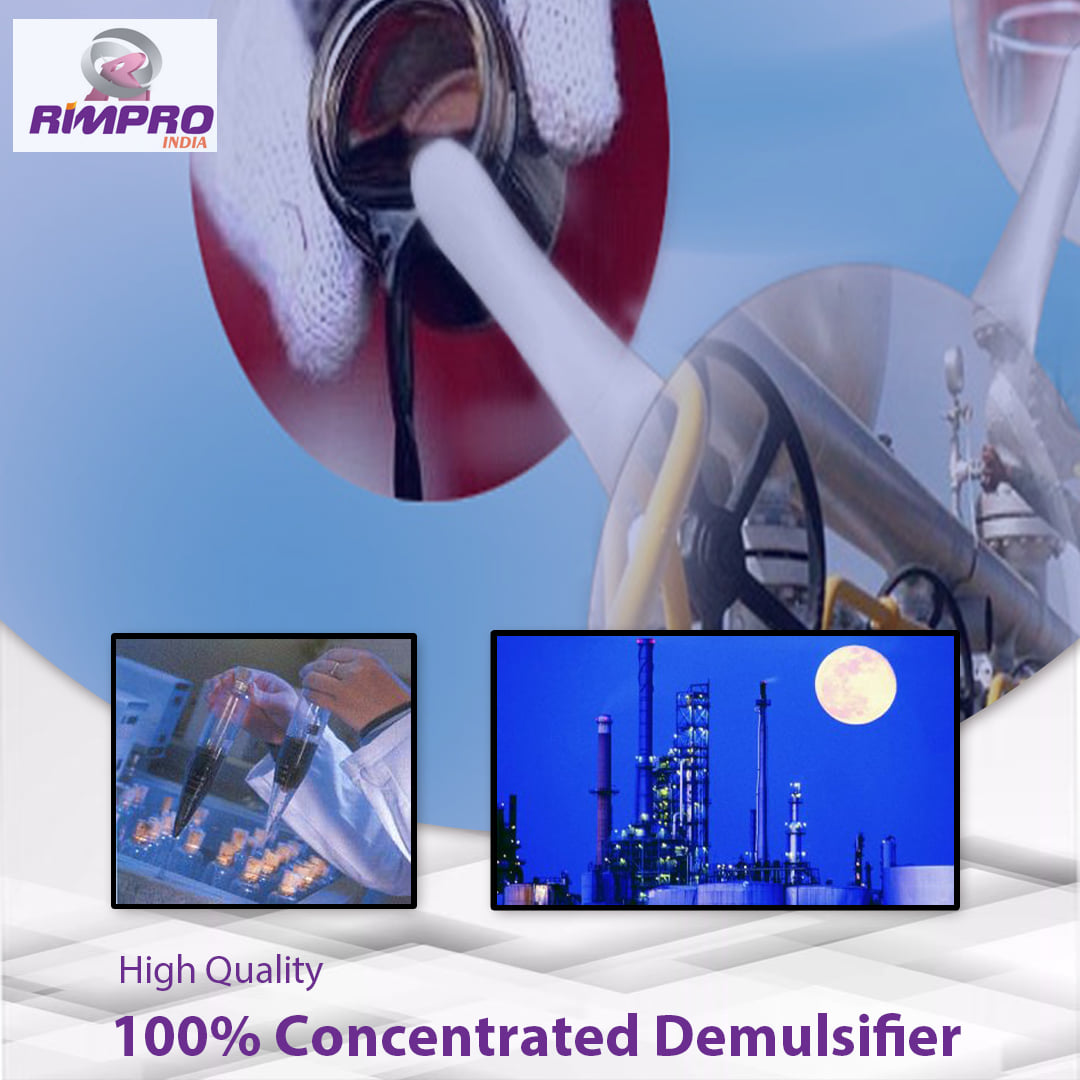 The use of ultrasonic demulsifiers is a more efficient way to treat crude oil, as a higher frequency produces less water droplet coalescence. However, the rate of coalescence is also affected by the treatment time and the ultrasonic power. The purpose of this paper is to provide information about the use of ultrasonic demulsifiers and the equipment used for their production. Unlike natural sedimentation dehydration, which is time-consuming and has a poor dehydration effect, ultrasonic demulsification increases water content in the mixture. This process also increases solubility of natural emulsifiers present in the crude oil. Moreover, it decreases the mechanical strength of the oil-water interfacial film, which is conducive to oil-water separation.

Resin for Demulsification of Crude Oil

One of the best ways to derive maximum value from a crude oil demulsifier is to enhance its water-solubility. In addition to increasing the resin-to-asphaltene ratio, the demulsifier can also adjust the acid-to-basic ratio. In addition, it can be contacted with carbon dioxide to further improve its demulsification performance. This method is particularly useful for heavy oil, because it reduces the interfacial tension and facilitates droplet coalescence kinetics.

The demulsifiers used in demulsification of crude oil are categorized according to their properties. The first type is a dropper, while the second one is a treater. The former combines with other chemical additives to improve the stability of emulsions. The latter two are effective at preventing oil separation. They are also compatible with other demulsifying agents.

Demulsification of crude oil with asphaltenes has several important applications, including refining and processing. Asphaltenes are polar liquids, which have low boiling points and can decompose into water and other products. The use of asphaltenes for this purpose is also beneficial for the environment. These compounds are readily available in the market. The process is cost-effective and is suitable for use in the refining industry.

Crude oil, usually referred to as petroleum, is separated from water using demulsifiers, usually referred as emulsion breakers. Oil and water may combine to form an emulsion as a result of a variety of production-related reasons. And while demulsification—a procedure that separates oil and water emulsions—can be accomplished in a multitude of ways, employing demulsifiers from Rimpro India, which come in a broad range to fit your demands, is the best and most practical option.